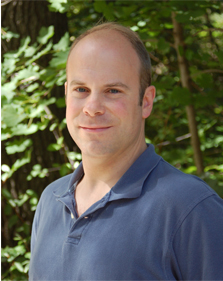 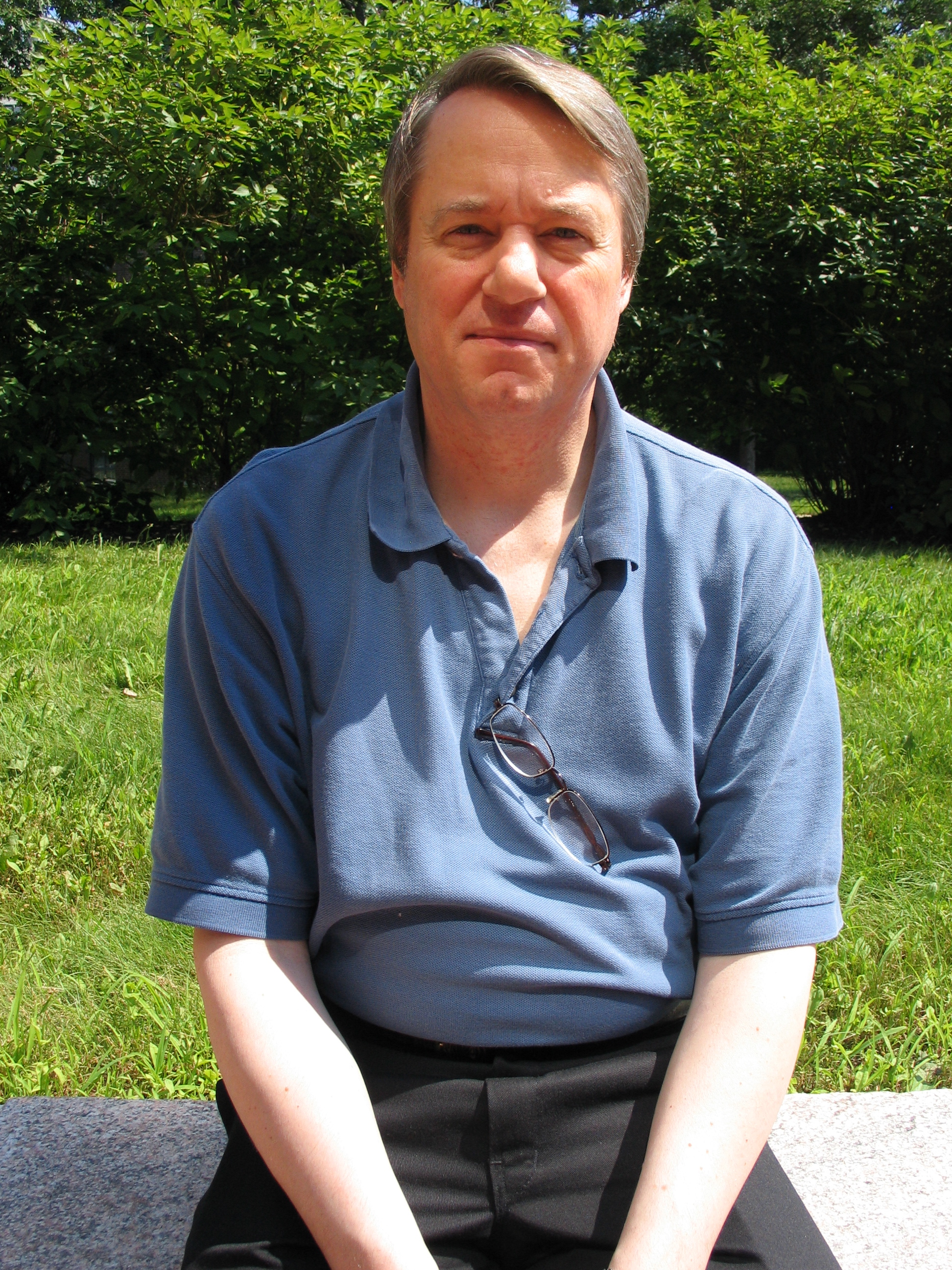 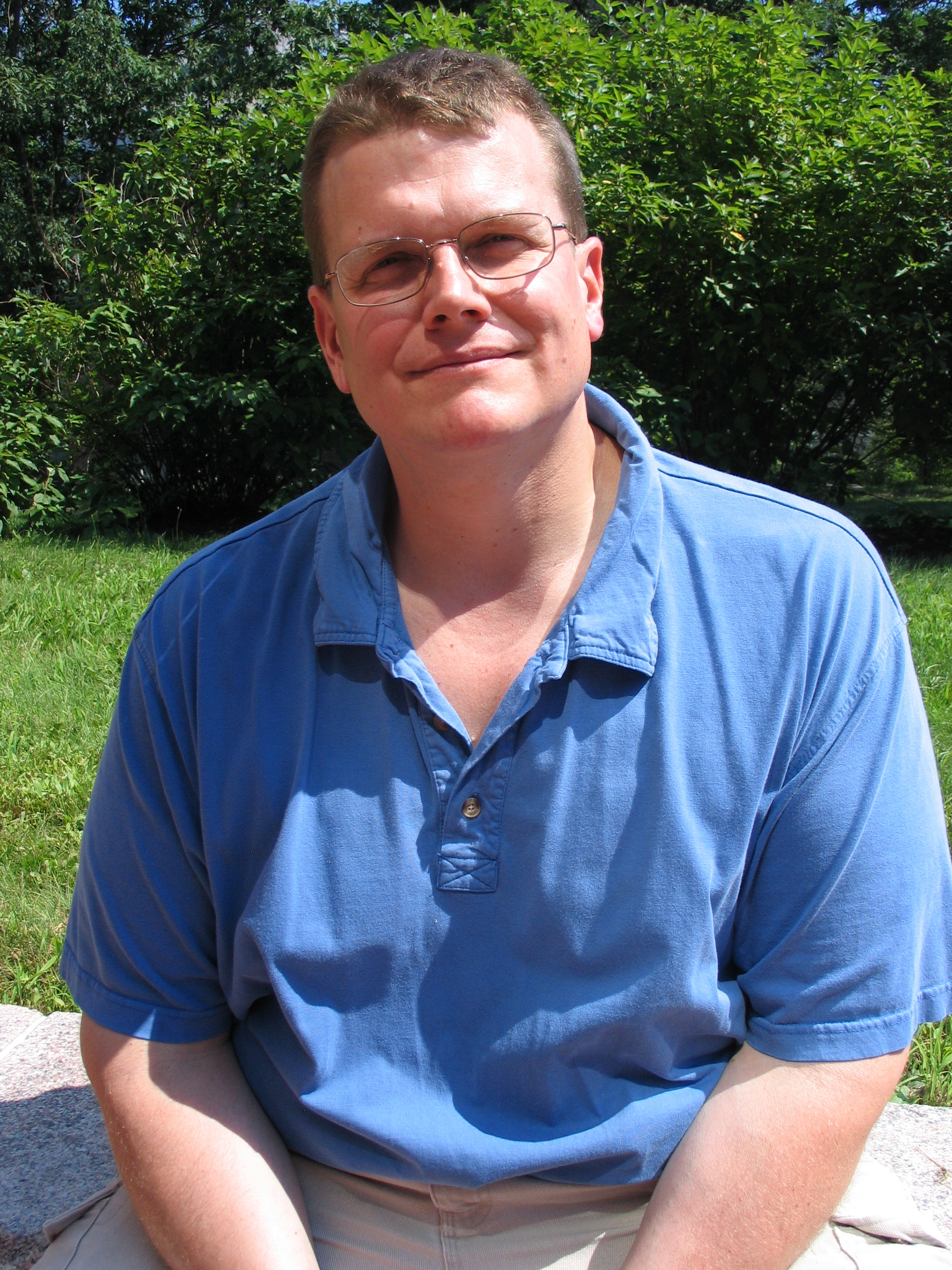 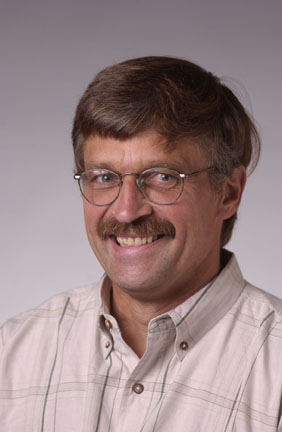 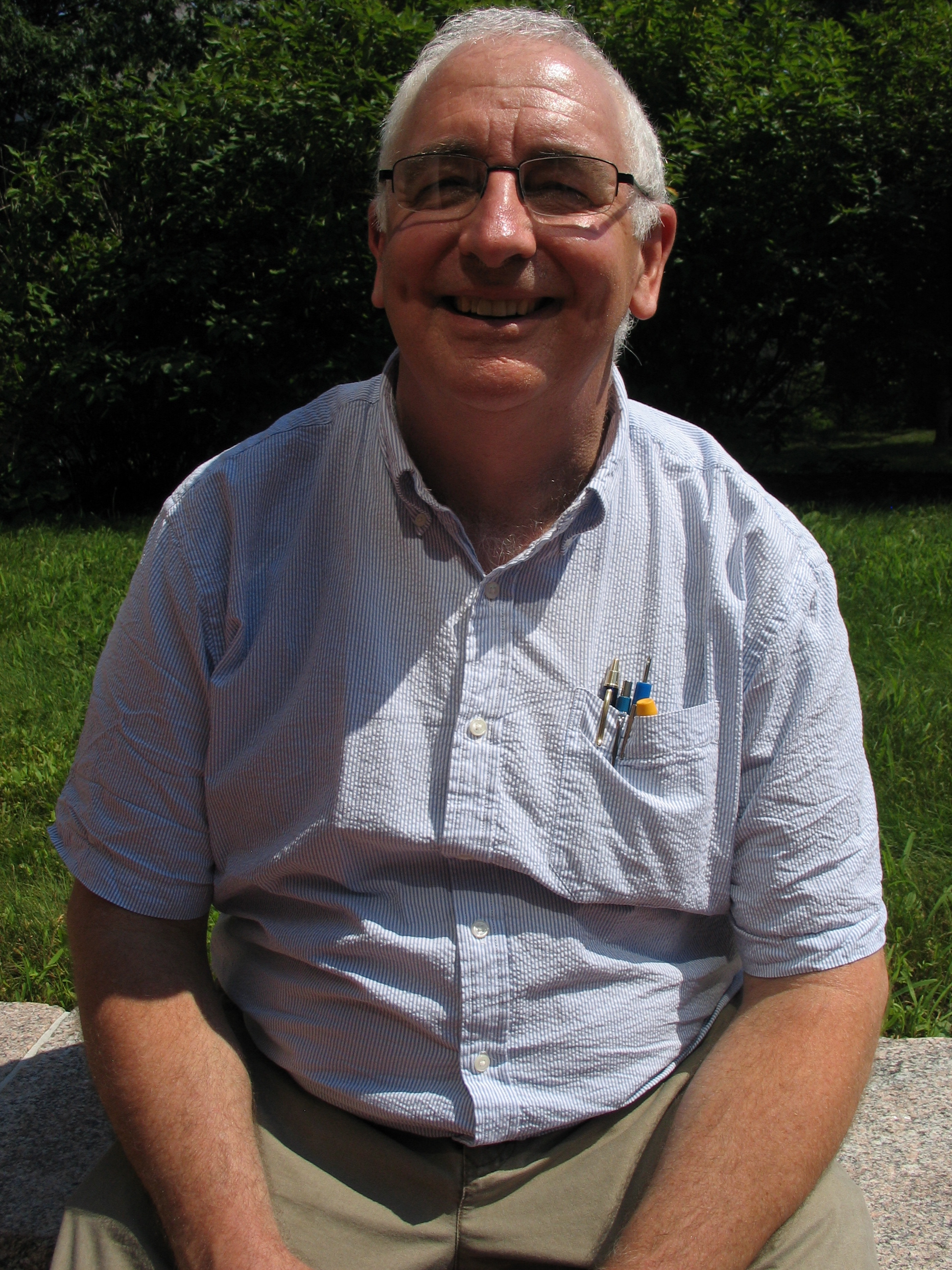 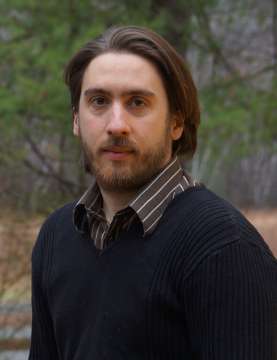 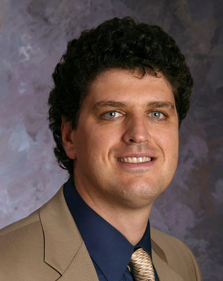 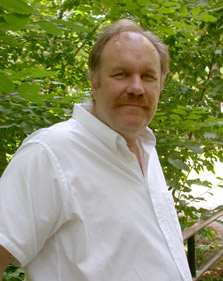 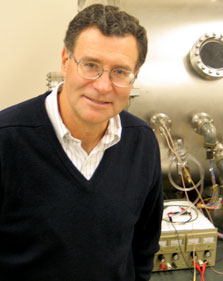 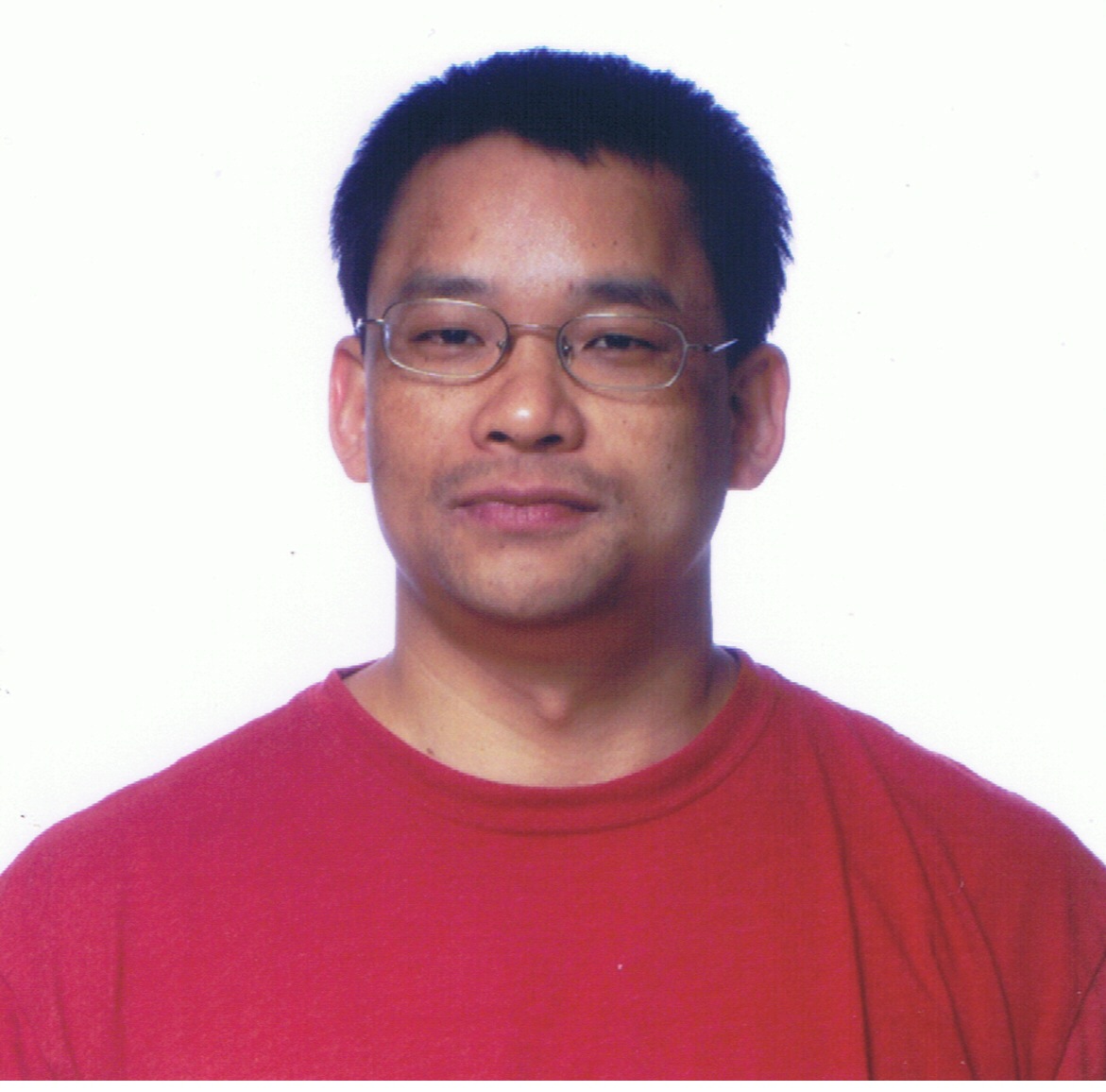 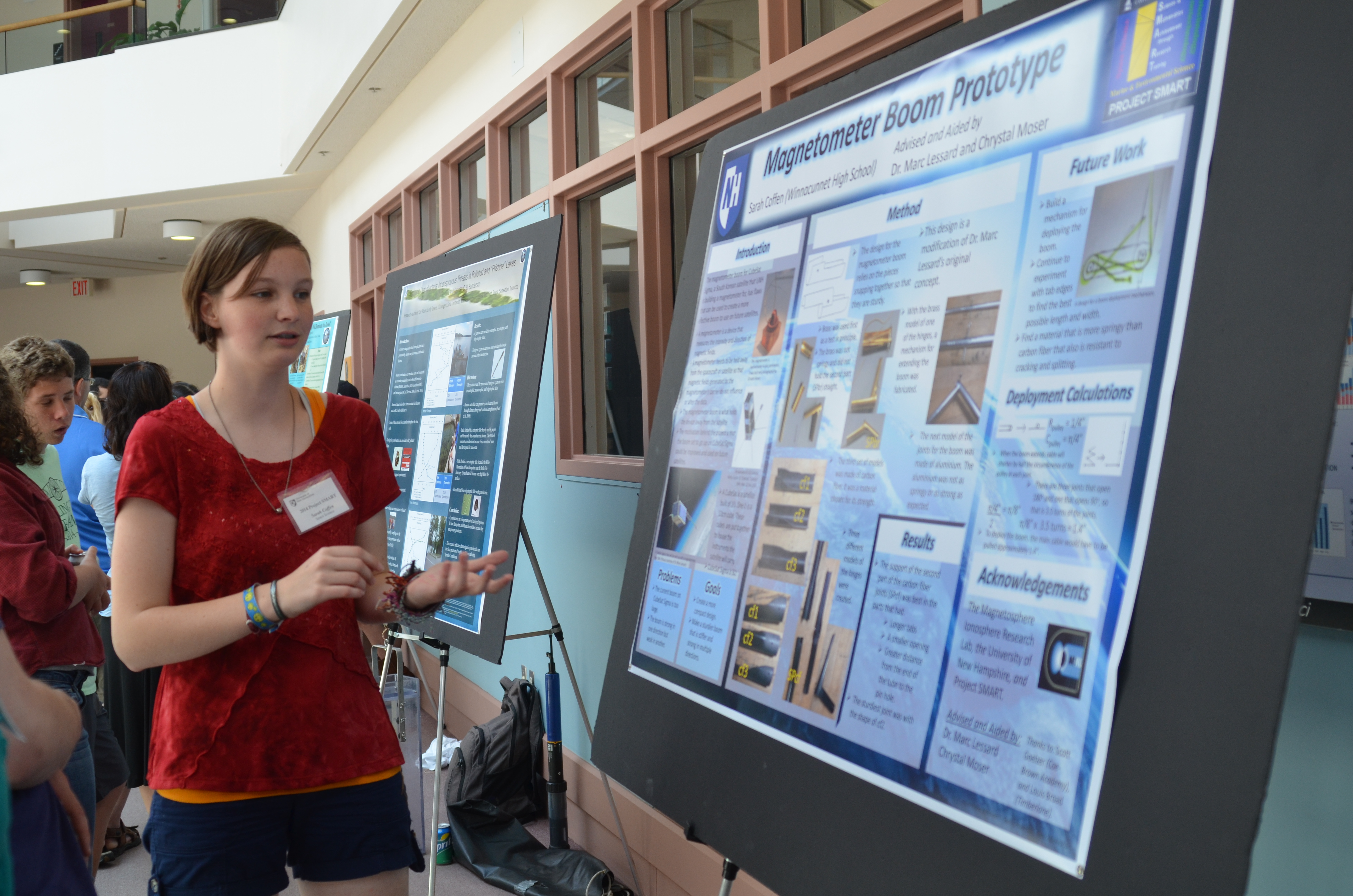 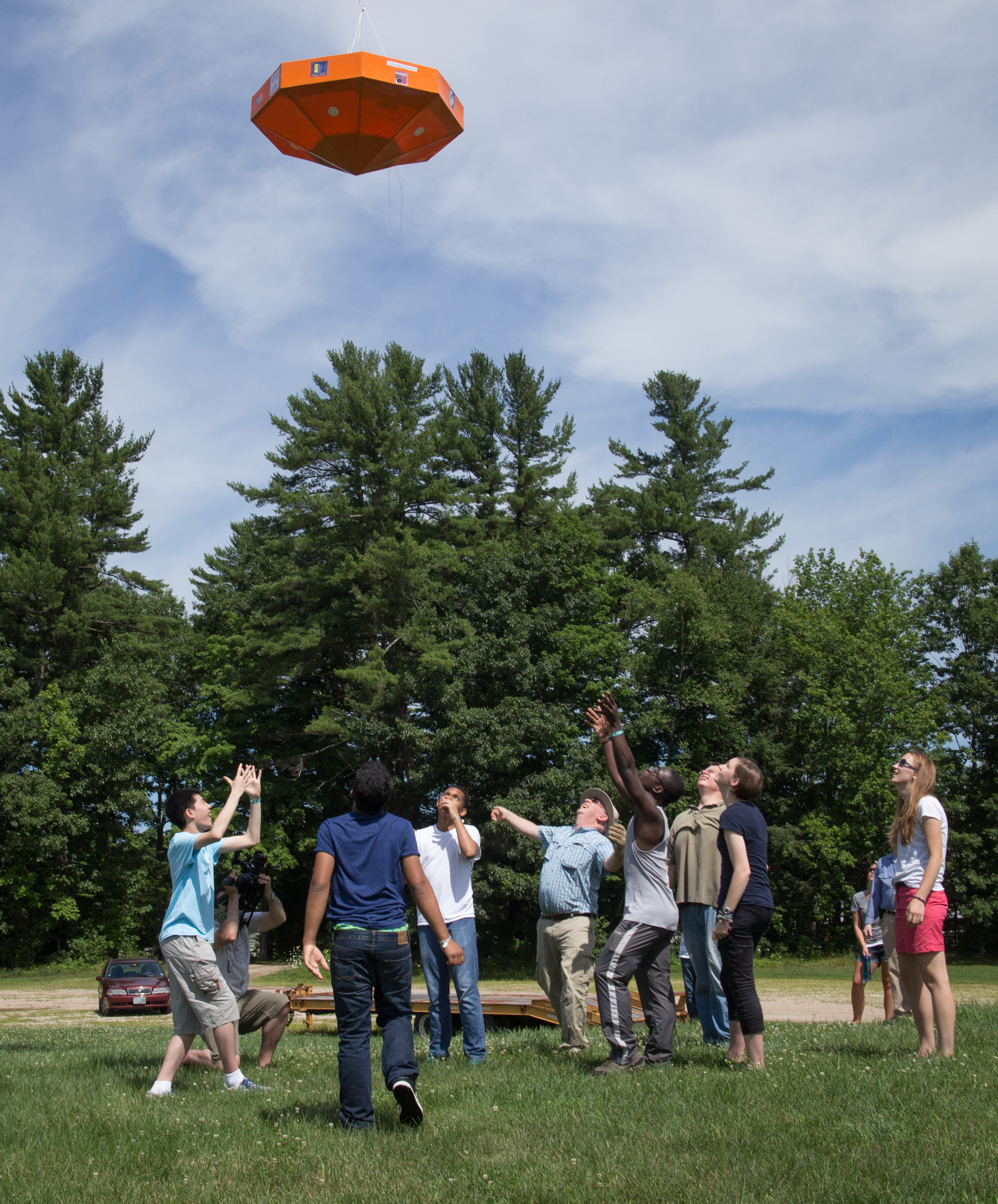 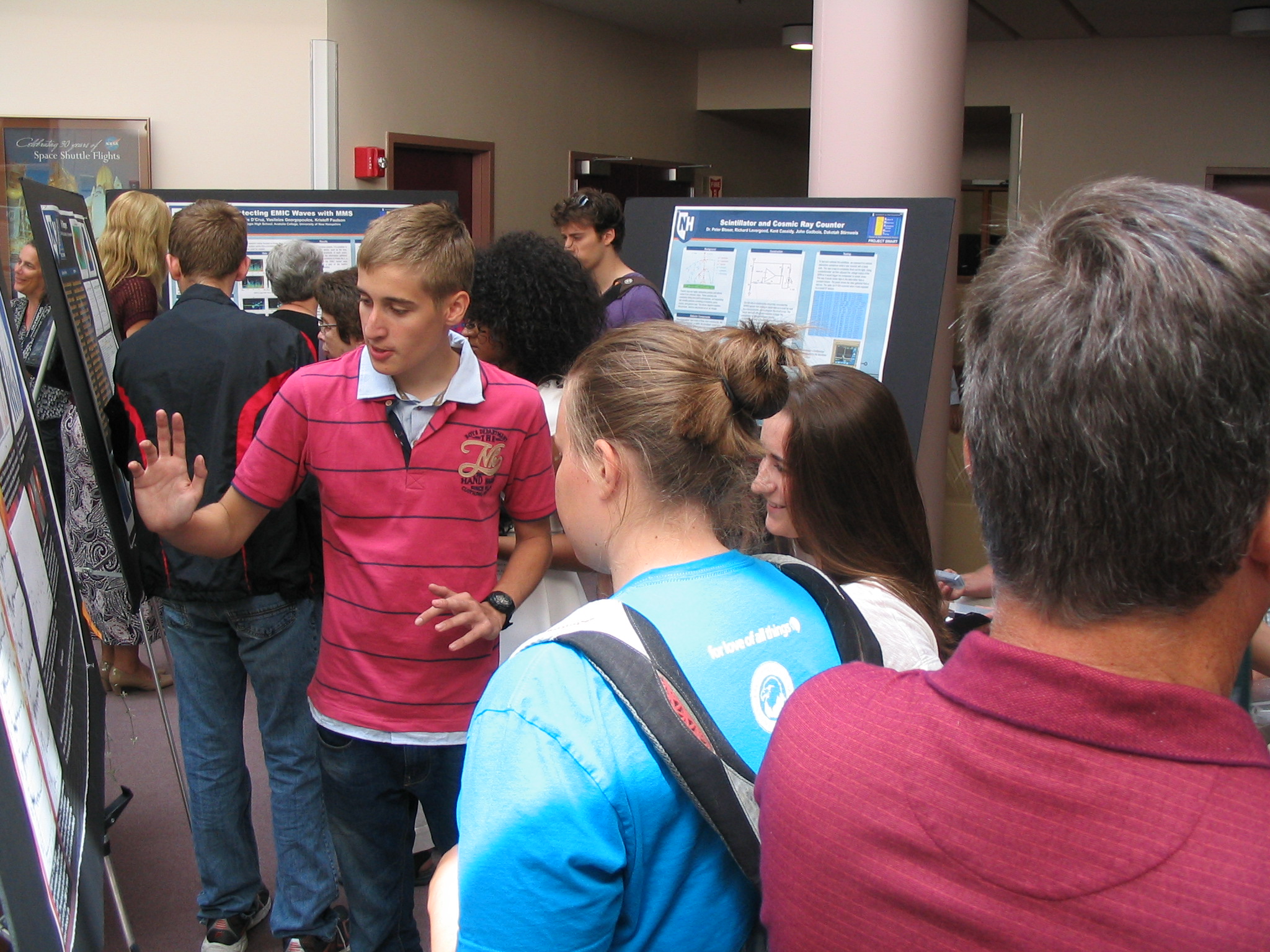 The Project SMART experience within the Space Science module consists of roughly three components. Mornings are divided between two core activities. There is core physics instruction in subjects of direct relevance to the activities of that month and there is the building of a high-altitude balloon payload that is launched late in the third week of the program. The students build the scientific instruments that are flown on the balloon and as part of the program they learn to solder electronic components and build electronic circuits. There are lectures and demonstrations. The afternoons are reserved for research and at that time the students work with faculty from the Space Science Center and UNH on original research projects that are currently the subject of efforts within the center. Students work with real spacecraft data and spacecraft hardware.

All of this could not be done without the work of many talented and dedicated people. Perhaps most critical to the program are the three high school physics teachers who work with the students during the mornings. Although each brings their unique skills to the effort, they are extensively cross-trained in each other's specialty and always bring new experiences to the program. The faculty who participate in SMART do so with somewhat reduced regularity depending on what their commitments will permit. This page attempts to introduce you to some of the people who participate in the program on a regular basis.


Prof. Peter Bloser
Dr. Bloser received his A.B. in Astrophysical Sciences from Princeton University in 1994 and his Ph.D. in Astronomy from Harvard University in 2000. After post-doctoral appointments at the Max-Planck-Institut fur extraterrestrische Physik in Garching, Germany, and at NASA's Goddard Space Flight Center in Greenbelt, MD, he joined the Space Science Center at the University of New Hampshire as a Research Scientist in 2004. He joined the SSC Research Faculty in 2009.

Dr. Bloser's research interests lie in experimental gamma-ray astronomy and solar physics. He is currently developing advanced scintillator materials for future instruments on both balloon-borne and space-borne experiments. His goal is to develop sensitive detectors and telescopes capable of making unprecedented observations of the high-energy physical processes at work in the Universe.

Mr. Broad has been with the Project SMART program since the beginning and initiated the balloon effort.

Mr. Goelzer is the chief lecturer in core physics topics and brings to the program a broad range of interesting and informative demonstrations.


Prof. Marc Lessard
Dr. Lessard received a B.S. in physics from the University of New Hampshire (UNH), and a Ph.D. in physics from Dartmouth College. He has worked as a research associate at the Institute for Space Research in Calgary, Canada, and as a research project engineer at the UNH Space Science Center. He is a member of the American Geophysical Union and Sigma Xi's Scientific Research Society. He is the author and co-author of numerous publications on experimental space plasma physics, measurements and analysis of auroral phenomena, and rocket-borne and ground-based instruments. His teaching interests include satellite systems and dynamics, analog and digital electronics, and instilling new insights about nature, life, science, and their interconnectedness.

Mr. Levergood jumpstarted the circuits and electronics part of our program and through his efforts our balloon payloads have reached a level of maturity that is unequaled in high school and undergraduate ballooning.


Prof. Noe Lugaz
Prof. Lugaz earned a M.Sc. in Aerospace Engineering from Supaero, France and a Ph.D. in Atmospheric and Space Science from the University of Michigan in 2007. Before joining UNH, he spent five years at the Institute for Astronomy, University of Hawaii, where he was an Assistant Astronomer from 2009 to 2012. He also spent seven months in Kyoto University, Japan as a short-term JSPS post-doctoral researcher. He was appointed a Research Assistant Professor at the Space Science Center in 2013.

His main interests include theoretical and computational modeling of various phenomena in solar-terrestrial physics, particularly coronal mass ejections, the major source of intense space weather. The main focus of his work is on performing large, parallel numerical computations of the initiation, propagation and interaction of these solar eruptions. He has also developed techniques to analyze remote-sensing observations of coronal mass ejections between the Sun and the Earth by the STEREO mission. By combining numerical simulations, the analysis of remote-sensing observations and in-situ measurements, he attempts to understand how the interaction of coronal mass ejections with the solar corona and with other eruptions modify their properties, behaviors and characteristics.


Prof. Nathan Schwadron
Dr. Schwadron participates extensively in NASA missions including the Lunar Reconnaissance Orbiter on which he is the Principal Investigator of the Cosmic Ray Telescope for the Effects of Radiation, the Interstellar Boundary Explorer Mission on which he leads the Science Operations Center, the Solar Probe Mission on which he leads a Science Operations Center of two of the instruments, New Horizons, Ulysses, Advanced Composition Explorer, Wind and Cassini.

Dr. Schwadron leads a number of theoretical and modeling investigations including the Earth-Moon-Mars Radiation Environment Modules, the PREDICCS project, and the Corona-Solar Wind Energetic Particle Acceleration (C-SWEPA). Dr. Schwadron is also a Co-PI on the NSF Sun-2-Ice project.

Dr. Smith has been involved in Project SMART since 2004. He is the current lead for the Space Science component and usually provides research projects having to do with spacecraft data analysis of the interplanetary medium. His recent projects have included the study of interplanetary turbulence, waves excited by newborn interstellar ions, and the acceleration of charged particles by interplanetary shocks.


Prof. Roy Torbert
Dr. Torbert is a former Dean of the College of Physical Sciences at UNH and a former director of the Space Science Center. He is currently the head of the fields suite on the Magnetospheric Multiscale (MMS) spacecraft and provided the EDI instruments for those four spacecraft.

The Experimental Space Physics Group focuses on construction and analysis of instruments to measure the properties of both particles and fields in these regions. Our group is providing an array of instruments in the large NASA program called the International Solar-Terrestrial Physics Program, including particle spectrometers far out into the solar wind, upstream of the Earth's magnetic cavity (or "magnetosphere"), around the moon, and possibly to a nearby comet; an array of spectrometers over the pole of the Earth investigating the acceleration of plasma in the aurora (the processes all thought to be the same as those in solar flares or in active stellar systems and galaxies); and a set of innovative sensors for determining the electric and magnetic fields in space using test electron beams on a joint program with NASA and the European Space Agency called Cluster, involving four identical spacecraft.

His research interests primarily lie in Earth's magnetosphere, specifically in EMIC waves, physical processes responsible for injecting particles from the magnetotail through the plasma sheet into the inner magnetosphere, geoeffective solar wind structures, plasma sheet properties in geomagnetic activity, ring current sources, and geomagnetic storms and substorms. The involved approaches include data analysis, numerical modeling, and data-model comparisons. So far, he has involved into the Cluster and Van Allen Probes missions.


Seminar Topics:
In addition to those faculty and teachers who guide the research and building efforts, many faculty contribute seminars on specific aspects of space physics. These seminars both broaden the discussion and provide insights into the research that is performed during the month of activity. This is a list of faculty members who have recently given talks to the Project SMART students and the subjects they have spoken on:


On the last day of the program students present posters describing their research and balloon flight to one another, family members, and the faculty of the University of New Hampshire. It never ceases to amaze how much they have learned and how much they have accomplished in such a short time. 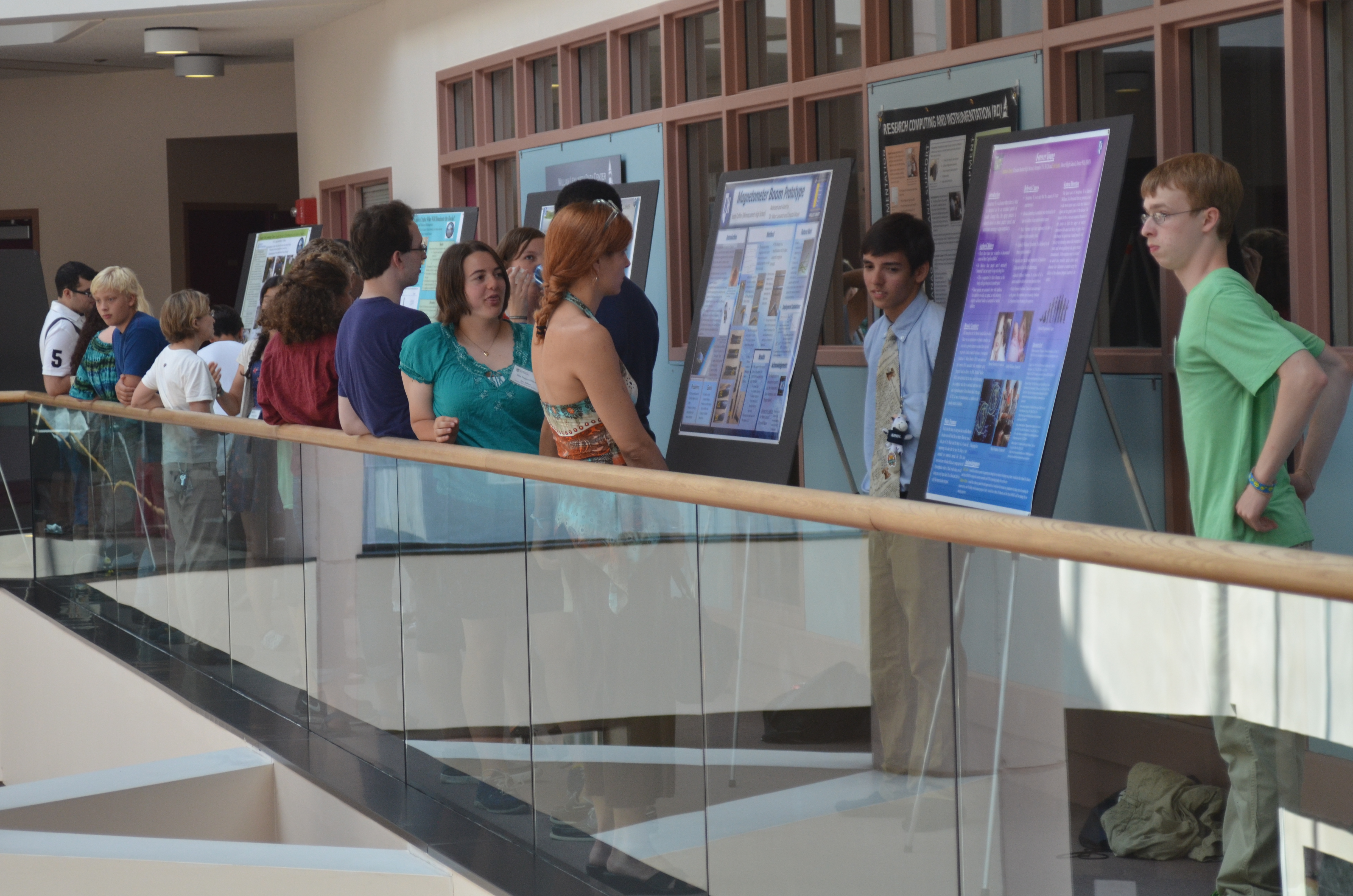 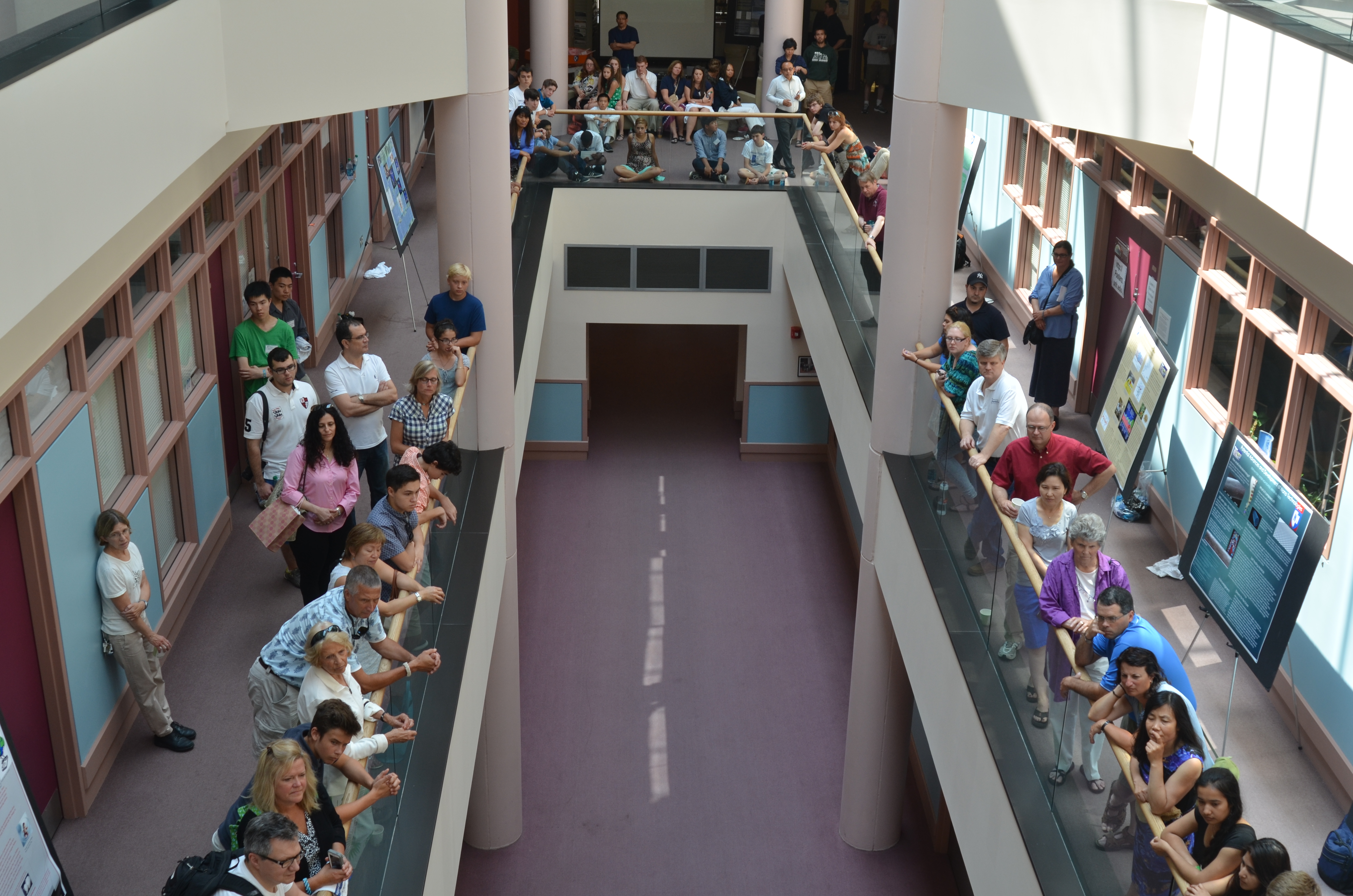 There is much more to learn about Project SMART and the Space Science module. We encourage you to read our other web pages for more in-depth information.

...to return to the main page for Project SMART.

...to return to the main page for the Space Science component of Project SMART.

...to return to the student pages for the Space Science component.

...to return to the teacher pages for the Space Science component.