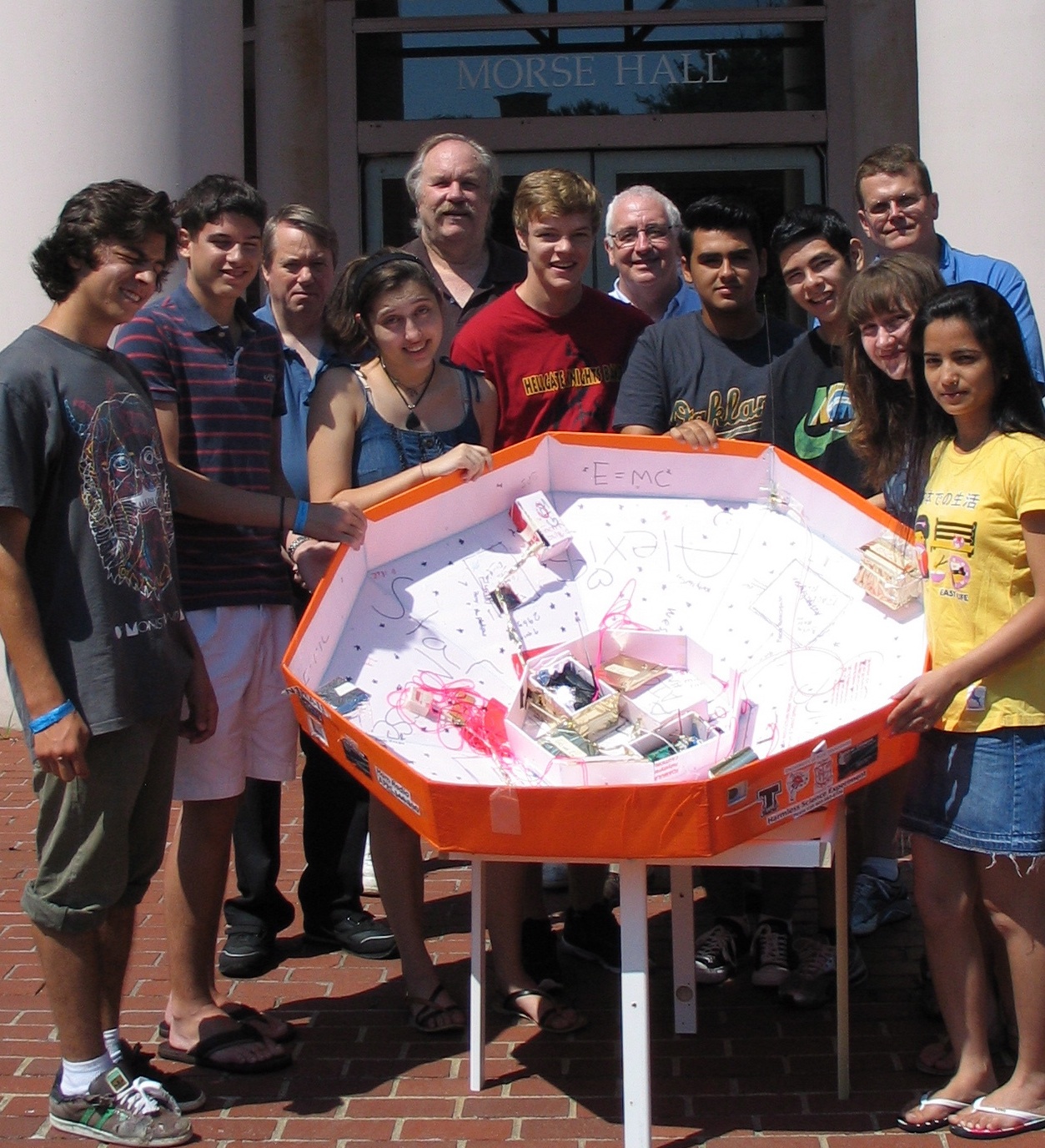 (above) Students and teachers from the 2013 space physics program.

The Project SMART experience within the space science module includes the building of a scientific payload for a high-altitude balloon. All of the space science students work together to build and launch the payload. We fly both atmospheric experiments, cosmic ray instruments, and ionospheric experiments supported by advanced electronics that the students build and program. Along with this, we fly video cameras that return some of the most enjoyable results of the entire effort.

While the balloon videos are distributed throughout these pages, here is the collection with a short explanation:

There is much more to learn about the science accomplished by the balloon flights and we encourage you to read both the student and teacher pages for more in-depth information.